Trends in Internet Use Among Older Adults in the United States, 2011–2016

Have you ever used the Internet? 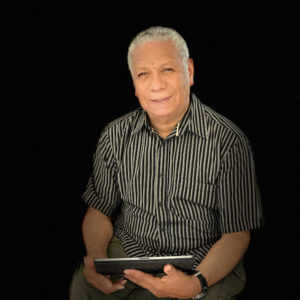 The speed of technological changes has accelerated greatly in the recent years, and has rendered a world without technological devices and the Internet unimaginable. While millennials grew up with smartphones and high-tech computers, older populations had to adapt to these changes at a later point in their lives, which created large gaps in the use of technology across different age groups.

The access and ability to use technology addresses the many needs and changes in the daily lives of individuals and communities, such as increasing their productivity and independence. A recent study titled Trends in Internet Use Among Older Adults in the United States explores this idea by examining internet use across the older population from 2011 to 2016. The participants were divided into subgroups according to their age, gender, race/ethnicity, and education and were asked one short question: “Have you ever used the Internet?”

The findings of the study show that the prevalence of internet use among different subgroups increased at different rates across the years. A significant increase was observed in groups with young-old, old-old, female gender, and high school education and above. These results highlight the importance of older adults’ sociodemographic characteristics in predicting internet use. Additionally, although men were more prevalent internet users in 2011, the increase in the use of internet across the female gender implies that the digital divide between the two narrowed over the period of 2011-2016. Lastly, the observations shed light on the differences between the use of internet across different ethnic groups. While an increase was observed in Caucasian older adults using the internet, such an increase did not necessarily apply to older racial/ethnic minorities.

What are the implications of these findings?

The Need for Intervention

It can be interpolated from the findings that the benefits of internet use are not shared by all members of the older U.S. population. These results could be used to encourage intervention efforts for internet training/education targeted towards racial/ethnic minority background older adults with low socioeconomic status.

Anxiety is another factor minimizing the use of internet across older populations. Recent intervention studies suggest that it is critical to improve computer confidence and self-efficacy in order to address this issue. The findings of this study highlight the importance of a more individualized training in technology that is age-specific and more culturally appropriate. Furthermore, as economic factors also play a role in the access to the Internet among older adults, providing public facilities and offering technology equipment to individuals in need could result in more interest toward increasing internet use.